End of the Year Appeals: Overview 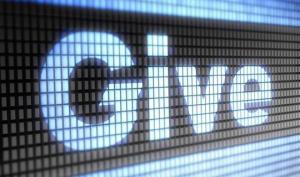 It’s autumn. The leaves are changing. Kids are going back to school.

Time to start working on your year-end appeals letter.

Individuals give most of their donations in December. Nonprofits can get 50%-80% of their income at the end of the year.

What does that mean for your organization? The competition for donor dollars is fierce. Start working on your letters now!

Let’s get something straight right now. An appeal letter is just that. A letter. Not an email or text message. Not a lame Kickstarter campaign. It’s an old-fashioned letter. Stuffed into a paper envelope. With a nice first-class stamp.

Why a letter? Who sends letters anymore?

That’s the point. No one sends letters. That means that your appeal will stand out. It won’t get lost in a spam folder or deleted by mistake.

Take a minute and think about how you collect your mail. Most people immediately sort it. Junk mail goes on the bottom of the pile, then bulk mail, then bills. And on the top of the pile are letters. We open them first. People love to get letters.

That’s where you want your letter to be: on top of the pile.

Later, we will talk about the 6 parts of a great letter.

Scott is a nonprofit consultant, specializing in fundraising, business development and grant writing for arts and education organizations. He has worked with dozens of arts, education and community organizations in Los Angeles and New York. He has raised funds from the National Endowment for the Arts, New York Times Foundation, James Irvine Foundation, NY State Council of the Arts, LA City Department of Cultural Affairs, LA County Arts Commission, Jewish Community Foundation, and many others. From 1993-2006, was the Artistic Director of the Shakespeare Project, which presented large-scale outdoor productions, free in parks all over New York City. Over a 12-year period, he grew the budget from $800 to $400,000, with nearly 95% coming from unearned revenue. Scott has served on grant-making panels, including LA City Department of Cultural Affairs, NYC Department of Cultural Affairs, New York Times Foundation, NY Foundation for the Arts, Alliance of Resident Theatres/NY, and CEC International. He was also honored to serve on the board of directors for the Alliance of Resident Theatres/NY from 2003 -2005. He currently serves on the board of Keshet Chaim Dance Ensemble.
View all posts by Scott Cargle →
This entry was posted in Donations, Fundraising, Giving, Nonprofit, The Ask, Writing. Bookmark the permalink.